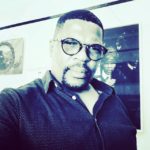 Mandla Mbothwe is an Artistic Director of Magnet Theatre and drives the Culture Gangs Programme. He is an acclaimed South African playwright, researcher, director, art teacher and theatre practitioner.  A previous Artistic Director at the Steve Biko Centre and former Creative Manager at Artscape Theatre Centre he has created theatre productions of high quality, in South Africa and abroad, dealing with cultural and historical themes. Some of his noteworthy work includes Isivuno sa maphupha (Harvesting of dreams), Ingcwaba le ndoda lise cankwedlela (The grave of the man is next to the road), Umyenzo we zandi (Eden of sounds), Inxeba lo mphilisi (The wound of a healer), Voices of Women, Ukutshona ko Mendi (The sinking of the Mendi), Biko’s Quest, G7-OkweBokwe, Biko-Rising and Iyazika to mention but few.   The theatre stalwart has won several awards including the Handspring Puppetry Award for Best Visual Theatre (2010), Fleur du Cap Award with Mark Fleishman and Jennie Reznek for Innovation in Theatre (2010), Fleur du Cap Award for Innovation in Theatre (2013) and Eastern Cape Arts & Culture Award for Outstanding Contribution in Drama (2013). Mbothwe is a Founder and Artistic Director at Mud and Fire Parables. Lecturer and Researcher at the University of Cape Town, Co-Artistic director at Magnet Theatre and co-Artistic director at Mbothwe and Doni Collectives.  He completed his master’s degree in Theatre and Performance with distinction at University of Cape Town.

We are open to full capacity for the last 3 Shows of Brecht’s The Good Soul of Szechuan! Go and get your seat now at www.webtickets.co.za/v2/Event.aspx?itemid=1515409160#classof2022 #magnetsgoodsoul #magnettheatretrainees2022 #YouthMonth2022 #brecht ... See MoreSee Less

The Good Soul of Szechuan

The Good Soul of Szechuan by Bertolt Brecht, translated by David Harrower questions the possibility of moral goodness in the face of economic and personal hardship when 3 gods travel to Szechuan to de...
View on Facebook
· Share